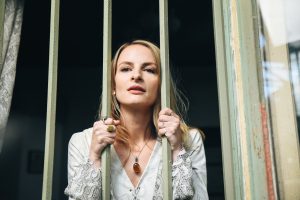 Tired of waiting for love to happen to her Clara (33) decides to make it happen. Passive and kind, Vlad (31) is the perfect partner. Her project? To live the perfect love. Her inspiration? Books, films and folklore. On their first date they plan their perfect love like a project with clear checkpoints. Then they start to play.

A new film directed by Tudor Cristian Jurgiu, awarded for The Japanese Dog .