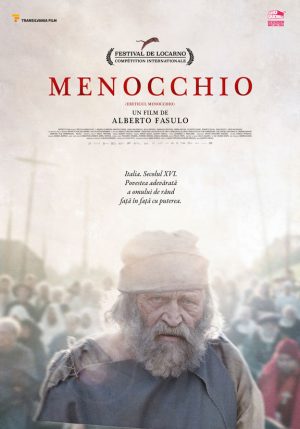 Italy. Late 1500s, counter-reformation – the genesis of the battle between the power of the Church of Rome and the local authorities. The battlefield is the conscience of the faithful and the instrument is confession. The objective: total control over the soul, more so even than the body. Nothing, absolutely nothing must escape the ears of the Holy Office of the Inquisition, not even heresy pronounced by a miller in a little village in the middle of nowhere in the north of Friuli at the foot of the, ironically named, “Spy Mountain”. Arrested, tried and sentenced to life in prison for having thought and said things like “loving one’s neighbor is a more important dictate than loving God,” Menocchio withstands his trial without betraying anybody. He survives two years in prison and is released seriously ill, but he heals, works, fights, loves, suffers and lives… until Pope Clemente VIII himself orders him arrested again, and executed.

Minority production | The film focuses on Domenico Scandella, known as Menocchio, a miller and a free spirit of the 16th century, who was burned for being a heretic after being tried by the Inquisition.

“Alberto Fasulo’s extraordinary work with his actors, who are for the most part non-professionals, injects life into an ensemble cast of incredibly unique faces and voices, as if each character, with his or her songlike accent and very particular inflection, is a world unto his or herself. Many small universes made up of people-characters that restore dignity to their anonymous predecessors.” (Cineuropa.org)