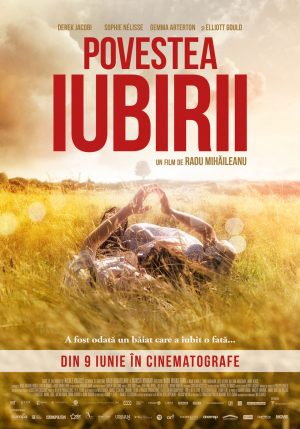 What if a book written before World War II in a little village in Eastern Europe could shine through the years, crossing continents and surviving violent conflicts, to guide the journey of three generations? This book is entitled THE HISTORY OF LOVE.

New York, the 21st century. Leo, an old Polish Jewish immigrant, lives with the memory of the great love of his life. Despite his painful history, he cheerfully navigates life’s ups and downs with indefatigable, crazy humour, alongside his best friend Bruno. Across town, in Brooklyn, teenage Alma is determined to find the ideal man for her mother to remarry. Always in control, she is staggered to find herself falling for her handsome classmate Misha and discovering love for the first time. Nothing seems to link old Leo and young Alma. And yet… From Poland in the 1930s to Ellis Island, from Chile to Central Park, the manuscript of “the most loved woman in the world” will travel through time to unite their destinies. After The Concert, Radu Mihaileanu returns with a joyful, tender and deeply moving saga.