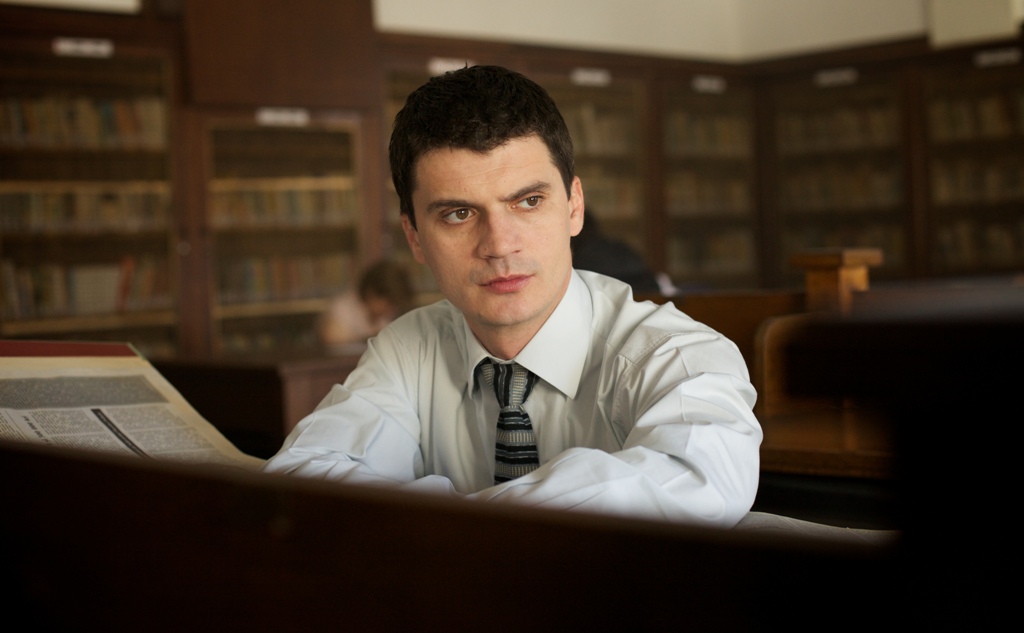 Why me?, directed by Tudor Giurgiu, one of the most anticipated Romanian films of the 2015, inspired by a real event that shook Romania in the early 2000s – the suicide of prosecutor Cristian Panait – will be released on February 27 in cinemas across the country.

Based on real events, Why Me? tells the story of Cristian (played by Emilian Oprea), a young idealistic prosecutor whose career is on the rise, tries to crack a case against a senior colleague accused of corruption. The dilemma of choosing between his career and the truth weighs heavily on his shoulders. Looking further to solve the case, he enters a danger zone paved with unexpected and painful revelations.

“A film so strongly grounded in reality can be made in a thousand ways. I am very much  preoccupied with disassembling the mechanisms by which a man, who is strong both physically as well as figuratively, can come to take his own life within no more than 20 days. What internal mechanism is activated, when you find that the entire system within which you are working is corrupt and rotten to its very core? This is a film about the quick disintegration of a man who has chosen to fight the system from within”, Tudor Giurgiu explains.

It is Tudor Giurgiu’s third feature film as a director, after Love Sick/ Legături bolnăvicioase (2006) and Of Snails and Men/ Despre oameni și melci (2012). He also wrote the script, together with Loredana Novak. Marius Panduru is the DoP, Lemhényi Réka did the editing, Cristian Niculescu – the production design, and  Szélyes Andrea created the costumes. Viktor Chouchkov composed the music for the film.

The project has been developed with the support of Berlinale Coproduction Market, EAVE – European Audiovisual Entrepreneurs and CineLink Co-Production Market.

Ro Image 2000 and Transilvania Film will handle the distribution in Romania.