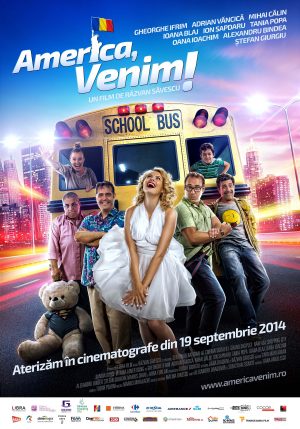 Six Romanian artists get to live the dream of their life in a road-movie full of adventures.

Coming all the way from the little town of Târgovişte, five actors, the director, and a little child with his huge teddy bear, are crossing the ocean to perform in New York. Not everything goes according to plan though, and the actors decide, for some extra money, to start working with a local agent, also Romanian and settled in US for some time, who promises them a major tour. Will their misadventures come to an end or are they just beginning?