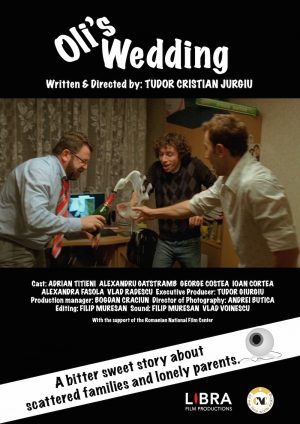 Alone in his kitchen in Bucharest, Dorel prepares for what seems to be a party. Actually, it’s his son’s wedding which takes place in the USA. Dorel is going to watch the wedding through a webcam together with two of his son’s friends. On the small display they are going to meet the bride, her father and will witness the ceremony. A bitter-sweet story about scattered families and lonely parents.