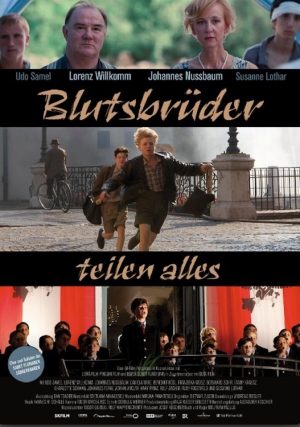 Graz 1944. The bombs are no longer targeted at industrial towns only. All cultural centres of the so-called “Ostmark” face numerous air raid warnings per day. Even the children of these towns are now evacuated. The last wave of the children evacuation programme has begun.

Ferry and Alex, two blood brothers as defined by Karl May, are smart, bustling, curious and highly pubescent boys and have no interest whatsoever in being evacuated along with the others.

They have come to terms with everyday life during the war. The two have managed to push into the black market trade, consider themselves as future STUKA pilots and therefore receive news from the front via the anti-aircraft post. Additionally, Ferry and Alex have persuaded a fiery girl named Rosa to make them acquainted with the secrets of sexuality.