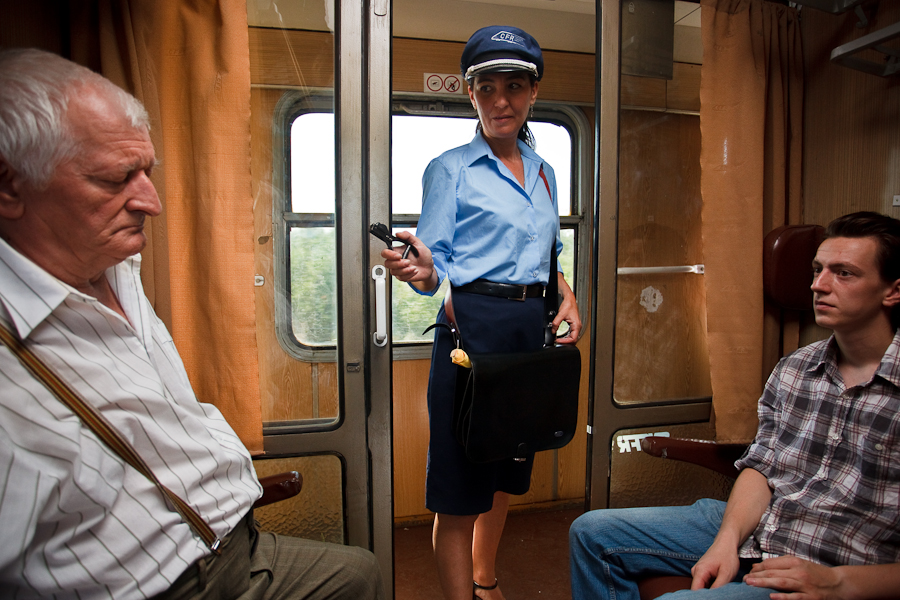 Times seem to have not changed for an old veteran of the World War II. Living in a country hit by the crisis, with an insufficient pension, he must fight to survive, just like during the war and the years of famine which followed. Trying to turn into money the train travel coupons he receive free from the State, he is always on the road, accompanying to the destination the ones who enters in the combination of `veteran with attendant`.

In one of his many trips with the `train of hunger` he has a young companion, in which he sees himself at the age when he was serving on the battle front. But it is very difficult for him to understand the young man, and the young man seems not to understand anything of his way of being. However, the journey is long and they are forced by circumstances to stay together …