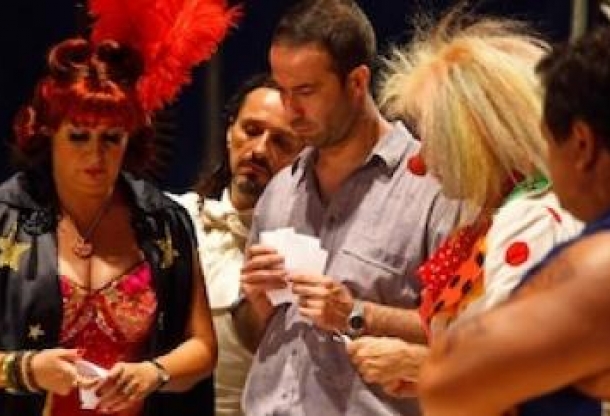 Transilvania Film will launch on May 6, in cinemas across the country, "the comedy of the year" in Romania – "The Bear", by Dan Chisu.

“The Bear” is a road-movie placed in Romania in the early '90s. The new director of the State Circus is trying to solve the institutions financial problems by selling the only bear – old and dying – to a German hunter. But, driven by a passion for craftsmanship and love for bear, the artists from the circus are against the director and follow him to the location where the transaction would take place.

Full of unexpected adventures experienced by the bear, circus employees, and all those who make their way out make “The Bear” the comedy of the year in Romania.

Goran Bregovic, one of the most famous musicians and composers of the world, who has worked with artists like Iggy Pop and Cesaria Evora, signs the soundtrack of his latest film by director Dan Chisu – “The Bear”.

"A long time ago I made a promise to my friend Dan Chisu, that I will compose music for his film. I promised that, but I was not convinced that he won’t really make the film because he is a man with many plans and, like me, cannot accomplish everything. But here, this movie is finished! I am happy that I was part of this project, "Bregovic says the decision to join this project.

“The Bear” won in 2008, funding from the National Centre of Cinematography. Also, the film was financed by the European Union's MEDIA program. On the other hand, the screenplay won the 2008 "Best Pitch Award" in the "Connecting Cottbus" in the context of the 18th International Film Festival in Cottbus, Germany.

“The Bear” is a Libra Film Production, distributed by the Transilvania Film.