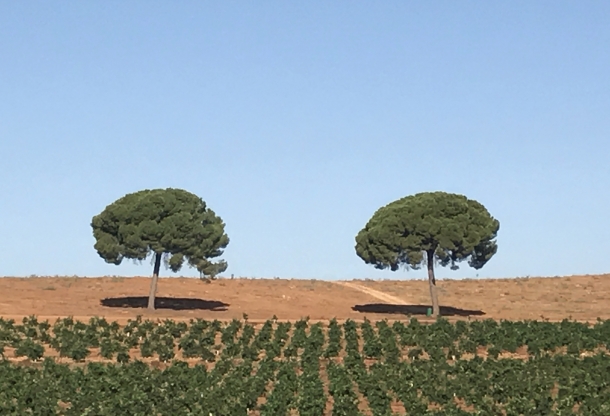 In October, director Tudor Giurgiu will begin shooting the fourth feature-length title in his career, In The Beat of a Heart (Apropierea/ Sin Aliento). Based on the popular eponymous novel by Marin Mălaicu-Hondrari, the movie will be shot in Spain and Romania and will feature Romanian actor Mihai Smarandache, alongside well-known Spanish actors Belén Cuesta, Ariadna Gil and Luis Bermejo.

Shooting is set to take place in three Spanish cities: Cordoba, Seville and Candas, as well as in the Romanian town of Sângeorz-Băi.

The movie depicts the story of Adrian (Mihai Smarandache), a poet who emigrates illegally to Spain in 2002 and finds employment as a night guard at a car dealership managed by Rafael (Luis Bermejo). Adrian’s life is forever changed on the Night of San Juan, when he meets Maria (Belén Cuesta), a guitar player in a jazz band.

“It’s a complicated, challenging project, a very different movie from everything I’ve done before. I was fascinated by writer’s life story, so we tried to recreate both the mood of the 2000’s, when lots of Romanians left the country and barely subsisted, as well as a love story that retrieves numerous themes in the author’s prose and poetry: the nostalgia for places in his youth, the journey, certain people’s powerful ability to imagine, dream, and wish for things which are more or less tangible,” states director Tudor Giurgiu.

Actor Mihai Smarandache featured in Why Me?, Tudor Giurgiu’s previous feature-length film and starred in the TV series Hacker, broadcast by the TVR1, Romanian public TV. His stage performance recently garnered him a Best Actor Award at the Undercloud Independent Theater Festival, for his role in The Glass Menagerie. He received the same accolades at the 2015 edition of the Romanian Comedy Festival, for his performance in De vânzare/For Sale.

His co-star is one of the well-known up-and-coming Spanish actresses, Belén Cuesta. Known for her role in Kiki, el amor se hace (dir. Paco León, 2016), which garnered her a Goya nod for Best New Actress, Belén Cuesta has performed in dozens of film and TV productions, as well as on stage. Last year, she took home the Feroz Award for Best Supporting Actress for her role in the series Paquita Salas.

Another major part is to be performed by Ariadna Gil, one of Spain’s most loved theater and film actresses. Established through her performances in films such as Lola, dir. Bigas Luna (her 1986 debut), Amo tu cama rica (1991), Belle Époque, dir. Fernando Trueba (1993 Goya Award for Best Actress), Lágrimas Negras (1998), Soldados de Salamina (2003) or Pan’s Labyrinth (2006), directed by Guillermo del Toro.

In The Beat of a Heart (Apropierea/ Sin Aliento) is Tudor Giurgiu’s fourth feature-length film. His previous title, Why Me?, premiered internationally at the 2015 Berlinale. In 2012, he was awarded Best European Short Film by the European Film Academy for Superman, Spiderman or Batman.

The film’s cinematographer is Marius Panduru, a six-time Gopo Award recipient for best cinematography, for such titles as The Rest Is Silence, Police, Adjective and Aferim!. He  previously worked with Tudor Giurgiu on Why Me?. Sonia Nolla is the Art Director and  costumes will be designed by Fernando García, known for the acclaimed La Isla Minima (2014), A Perfect Day (2015), and Unit 7 (2012). Producers are Bogdan Craciun (Romania) and Olmo Figueredo (Spain).

In The Beat of a Heart/ Apropierea/ Sin Aliento is produced by Libra Film Productions and co-produced by Tito Clint Movies (Spain) and Evolution Films (Czech Republic), with the support of the Romanian National Film Center, Canal Sur (Spain) and the European Union’s Creative Europe program.