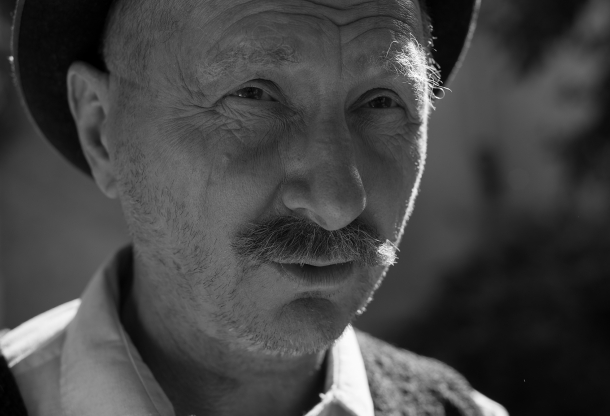 One of the most beloved and well-known book adaptation in the history of Romanian cinema, The Moromete Family/ Morometii, will have a sequel, 30 years after the release of the film directed by Stere Gulea. The famous characters will return to the big screen under the direction of the same filmmaker.

Marin Preda is one of the best post-WW2 Romanian novelists. In the classic 1987 film, director Stere Gulea has managed to convey, through the character of Ilie Moromete, remarkably played by Victor Rebengiuc, the archetype of the Romanian peasant. The black and white film is considered by many  critics one of the best films in the history of Romanian cinema.

The shooting takes place this Fall in the same house and the same village where the first film was shot in the summer of 1985 – Talpa, Teleorman County, only a few kilometers away from Silistea-Gumeşti, the native village of writer Marin Preda.

The production design posed some challenges: the house of Morometii was restored according to the sketches of the old one, and the center of the village will be recreated from scratch. Important scenes will be shot in Bucharest in November.

The scenario resumes the story of the Moromete family after the Second World War, in an extremely troubled historical context: the first years of the communist regime. The two main characters, Ilie Moromete and his son, Niculae, see these complex changes with different eyes, which is a source of permanent conflict.

The cast is an exceptional one and brings together some of the most appreciated Romanian actors. More than 60 actors and many more extras will be involved in the making of the film. Well known film and theaters actors Horațiu Mălăele and Dana Dogaru, and young Iosif Paștina will play the main characters. They will be joined by Răzvan Vasilescu, George Mihăiță, Andi Vasluianu, Oana Pellea, Ion Caramitru, Gheorghe Visu, Florin Zamfirescu, Marian Râlea, Paul Ipate, Cuzin Toma, Liviu Pintileasa, Dorina Chiriac.

Vivi Drăgan Vasile, whose style has become a landmark in Romanian cinema, will serve as DoP. Dana Păpăruz, awarded with a Gopo trophy for her work for Aferim!, will create the costumes, and Cristian Niculescu is in charge with the production design.

"Moromete Family 2 is a very risky endeavour, because you already have an excellent reference – the great novel of Marin Preda, and the previous film that, to my delight, has become quite popular. The story takes place in a tougher and more unsettling period, when the communist regime takes over the country. There’s a lot of anxiety and fear. And the world we knew is about to disappear, in fact. This is what attracted me to the idea of a sequel, I wanted to bring the story of these characters who survived collectivization until the 1950s to an end. It is my tribute to this world," says Stere Gulea.

"I am honored to be part of this wonderful adventure, I thank my former teacher, Stere Gulea, for trusting the capabilities of our production team to accomplish an ambitious project that I hope will remain in the history of the Romanian cinema as a landmark, as it happened 30 years ago with the first part of the The Moromete Family, " says producer Tudor Giurgiu.

The Moromete Family 2 is a Libra Film production, made with the support of the Romanian National Film Center and the Cinema Studio of the Ministry of Culture.

The domestic premiere is set for November 9, 2018. Transilvania Film will manage the distribution.