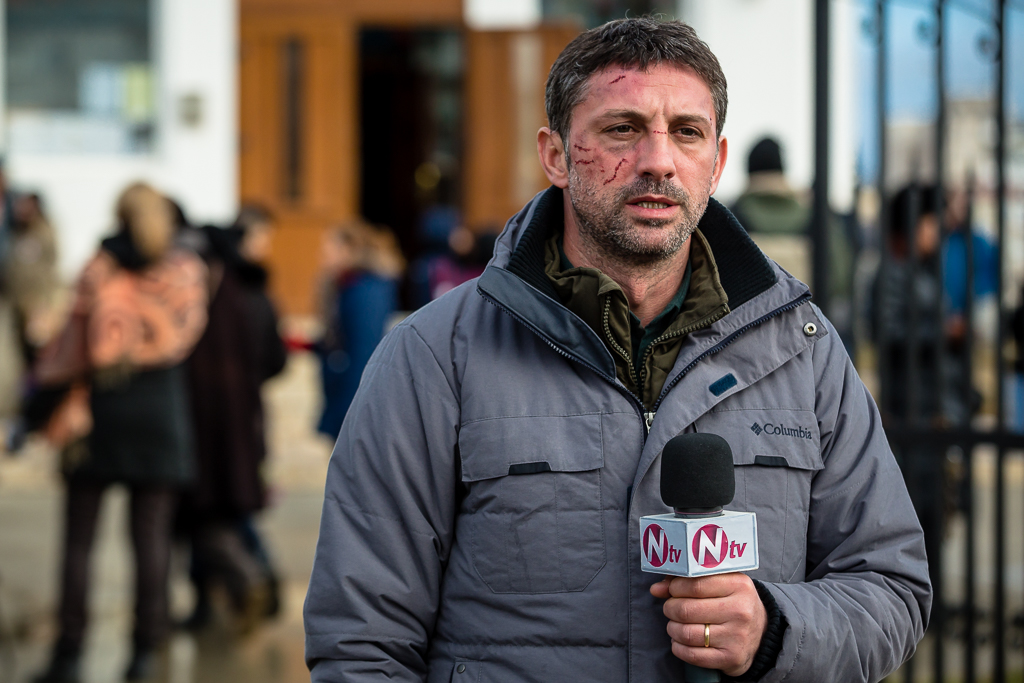 Iulia Rugină’s Breaking News will be released in the Romanian cinemas on September 29th. Andi Vasluianu plays the lead character in this drama, along with young Voica Oltean, awarded the Special Jury Mention for the Best Newcomer at Karlovy Vary IFF 2017.

Breaking News is a character driven drama, set in present day Romania, following three days in the life of a news reporter. After a tragic accident during a live broadcast, which leads to the death of his cameraman, reporter Alex Mazilu is given the difficult task of finding information for compiling a short tribute video about his dead colleague. The only person who is able to help is his 15-year-old daughter, a troubled teenager who has her own unsolved issues with her father.

“The film does not give verdicts, it asks questions that should linger in the viewer’s mind at the end of it. What would a stranger make out of what’s left behind when we’re gone? Or, as one of the lines in the film states, “If I died tomorrow, what would they say on TV about me?”, says Iulia Rugină.

Breaking News was supposed to be Iulia Rugină’s first feature film – the first draft of the script was written in 2007, just after her graduation. But many rewritings followed, therefore filming took place when draft no. 14 was ready. The story is co-written by Ana Agopian, Oana Răsuceanu and Iulia Rugină.

“It's a story that has changed a lot along the years, growing and transforming itself together with the team of three scriptwriters and friends”, says Iulia. The first draft of the script was written in 2007, just after Iulia’s graduation. But many rewritings followed, until draft no. 14. The filming then took place from December 2014 to February 2015 in Bucharest and at the seaside.

Breaking News is produced by Hai-Hui Entertainment and Libra Film Productions, with the support of the Romanian CNC.

The film had its world premiere at Transilvania IFF.