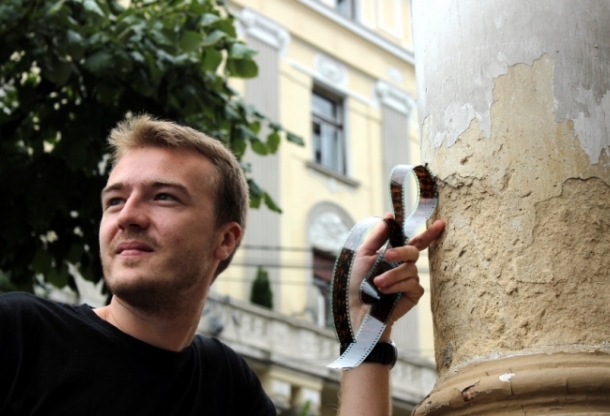 20 participants – 10 director-producer pairs who are developing their first or second feature film – were selected for this edition. October follows a 18 year old teenager who receives an odd request from his father: he asks him to try to convince his best friend, a 40 year old man, to not commit suicide. The project was also developed in the frame of the ScripTeast program.

New Horizons Studio+, organized by the New Horizons Association and Creative Europe Desk Polska, involves four days of workshops and lectures on various aspects related to the promotion and development of projects. Its main task is to provide young professionals with knowledge about the international film market, as well as to help them in determining their career paths.

Born in 1987, Cristian Pascariu graduated the Faculty of Theater and Television in Cluj Napoca in 2010. His thesis film, called Rock`n`roll Sticks, won the Black Pearl Award at Abu Dhabi Film Festival 2010, and the Award for Best Student Film at Open Society Shorts 2011. His short films have been selected in film festivals around the world including Uppsala Short Film Festival and Transilvania International Film Festival.