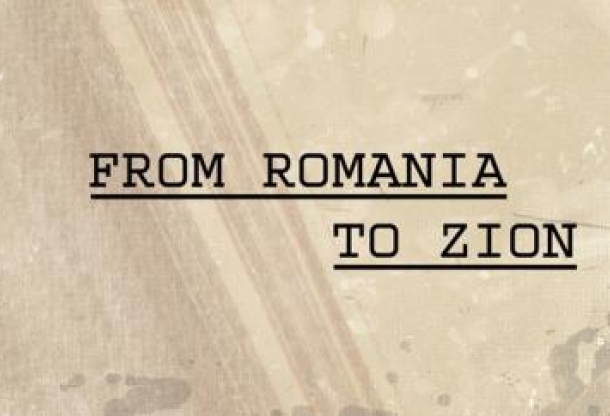 The research for the documentary film From Romania to Zion, directed by Oana Giurgiu and produced by Libra Film, started in Israel in October.

Following 130 years of the emigration of Romanian Jews towards the Holy Land, both history of East Europe and Israel will be revealed, in a light, colourful film depicting history in human stories and collages, as a tribute to Tristan Tzara – born in the same town from where first Jews emigrated to Palestine in 1882.

At the same time we will discover all absurdities and contradictions in the relationship between Romanians and Jews: Romanians were responsible for some of the cruelest pogroms during the Second World War, but still Romania had the largest Jewish surviving population at the end of the war, after USSR. Communist regimes were trading this population with Israel, and Ceausescu made even a step forward requesting cash payment per person, but same Ceausescu was the one convincing Egypt to sign the peace with Israel.

In Israel, the population from Romania became the country’s fourth largest group, but they always stayed in the shadow, sometimes hiding their origins, even though important personalities emerged from that community, even though they have brought important elements to their new country; the Israeli anthem and national dance “hora” are both inspired of the Romanian folklore, to mention just that.

Today, a return to democracy in Romania has attracted many Israeli investors, almost the same number as the former Jewish community that is slowly vanishing. In Israel, a museum of Romanian Jewry will be built, in the first settlement made by them in Rosh Pina. But will their memory be carried on by the new generations?