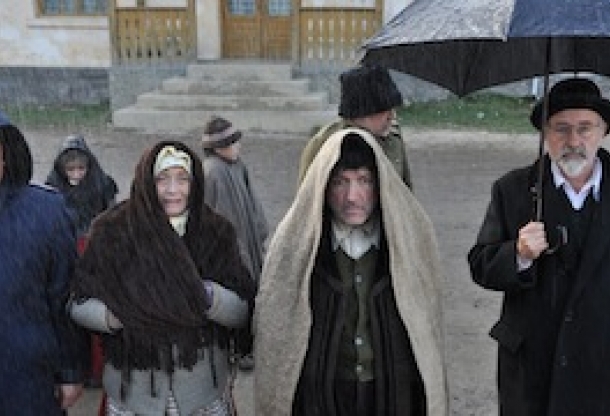 The shooting for Kino Caravan, Titus Muntean's second feature film, has been completed and the film is now in post-production. A Romanian-German co-production between Libra and Kombinat Film, Kino Caravan has received a 150 000 Euro funding from MDM, the German regional film fund.

The film is also supported by the National Film Center (CNC) and Romanian Television, and has won "Best Pitch Award" at Baltic Event in 2007 and a script development prize from SEE Cinema Network. Kino Caravan is a black comedy which takes place in "60s" Romania: an old truck, transformed into a traveling cinema, descends upon an isolated Transylvanian village to show a propaganda film, occasion for endless conflicts between the young Tavi, head of the Caravan, and the villagers.