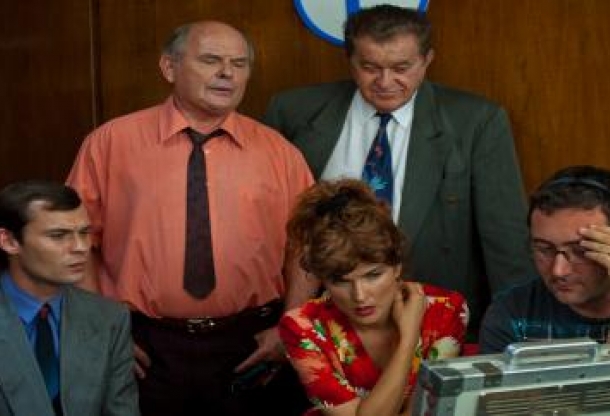 The feature Of Snails and Men, by Tudor Giurgiu, is currently in post-production and will be available from May 2012.

Of Snails and Men is inspired by true events and tells the story of the workers from a Romanian factory that want to donate sperm in order to obtain funds to save their factory from being privatized.

The script is written by Ionut Teianu. The DOP of the film is renowned Romanian cinematographer Vivi Dragan Vasile.

The budget for the production is 1.2 million Euros. The feature is financed by National Film Center, Eurimages, the MEDIA Programme of the European Unionon, Romanian National Television and HBO Romania. Also, the script was awarded with a development grant by the South Eastern Cinema Network (SEE Cinema Network).

The movie already has an international sales agent – the French company Elle Driver.