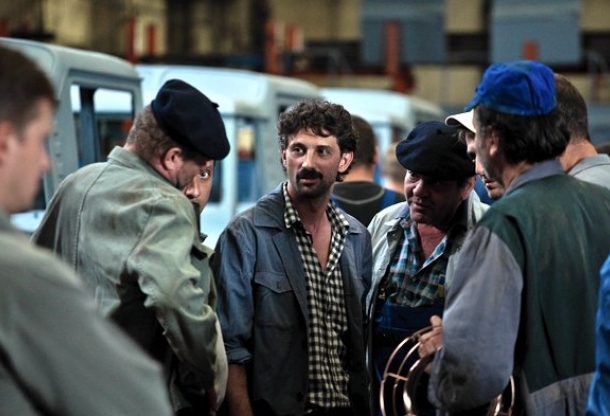 On December 10th 2014, Tudor Giurgiu’s feature film, “Des escargots et des hommes”, was released for French audiences. After seeing the film at l’Etoile Saint German in Paris, Toutelaculture.com describes it as a “a Full Monty à la roumaine”: “You often laugh, a laugh that is sometimes nostalgic and sometimes bitter. You leave the film full of the energy of those people who will not give up”.

“Of Snails and Men” is one of the most successful Romanian films of the decade. In addition to the impressive domestic box-office, the film received the Best Acting Award of Sankt Petersburg Film Festival, for the entire cast, the Special Jury Award at the 28th edition of Warsaw Film Festival and the trophy of “Meeting Point” section at the 57th edition of Valladolid International Film Festival. It also received the “Bridging the Borders” award for Best feature film at the SEEF South-Eastern European Film Festival which took place in May 2014, at Los Angeles.

“Of Snails and Men” is a Romanian-French coproduction between Libra Film (Romania) and Agat Films (France).