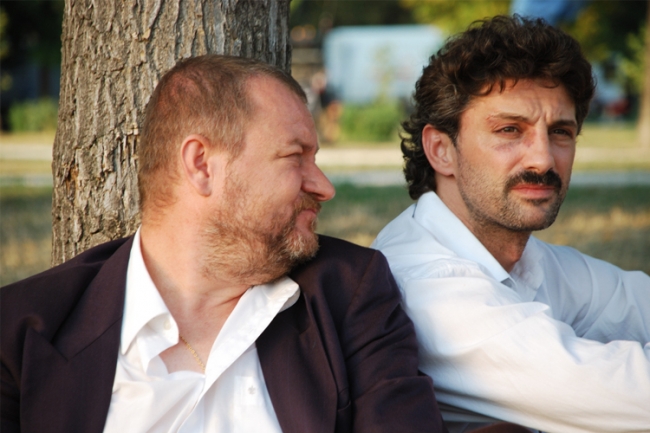 Tudor Giurgiu's second feature film was selected in the competition of the second edition of Sankt Petersburg Film Festival (September 13-22) alongside other 13 feature films competing for the Festival Trophy which will be decided by an international jury composed from Marion Döring, managing director of EFA, film critic Barbara Lorey de Lacharrière and film directors Juris Poškus and Christoph Schaub. Writer, director and producer Sergey Bodrov (Prisoner of the Mountains, Mongol) is the president of the jury.

Of Snails and Men is one of the most successful Romanian films of the decade. In addition to the impressive domestic box-office, the film received the Special Jury Award at the 28th edition of Wasraw Film Festival and the trophy of "Meeting Point" section at the 57th edition of Valladolid International Film Festival. It also received the "Bridging the Borders" award for best feature film at the SEEF South-Eastern European Film Festival which took place in May, at Los Angeles.

Of Snails and Men is a Romanian-French coproduction between Libra Film (Romania) and Agat Films (France).