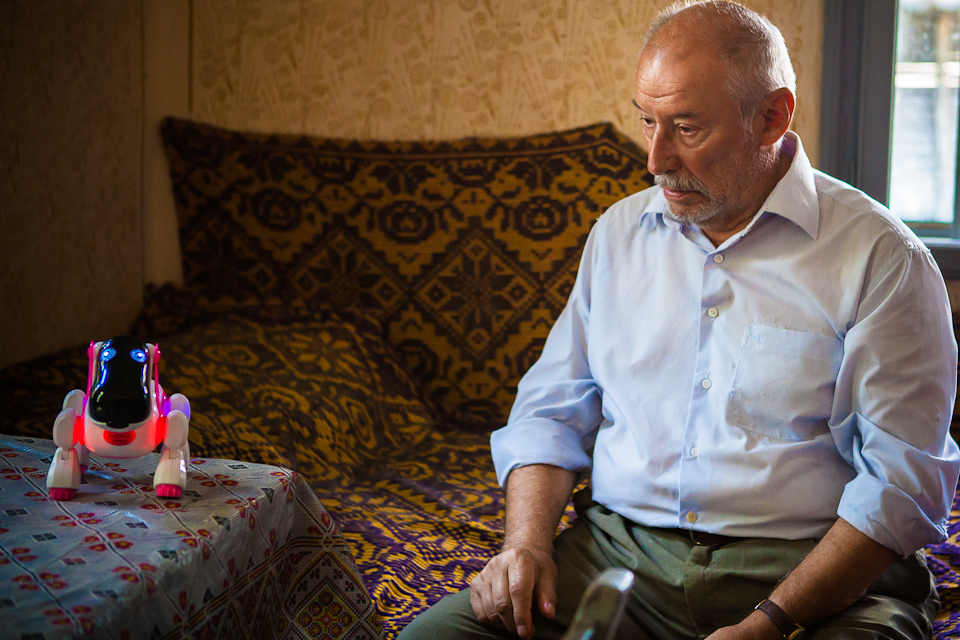 Organized for the first time in 1953, San Sebastian International Film Festival is a class A festival according to the FIAPF classification and one of the world's top cinematic events of the year. Throughout the years, the festival hosted the world premieres of Alfred Hitchcock's Vertigo, Woody Allen's Melinda and Melinda, or George Lucas' Star Wars.

The Japanese Dog competes for the trophy of the New Directors section which focuses on first and/or second time directors. The 50.000 Euro award goes to the director and the Spanish distributor of the film. Tudor Cristian Jurgiu's film tells the touching story of the much-postponed reconciliation of a father with his son, who emigrated many years ago. The film's protagonist is played by Victor Rebengiuc, in top form. In addition, the film features actors: Șerban Pavlu, Kana Hashimoto, Ioana Abur, Constantin Drăgănescu, Alexandrina Halic and Laurentiu Lazar.

Tudor Cristian Jurgiu graduated in 2009 from the Film and TV Directing department of the UNATC. In 2009, he made Oli's Wedding, also produced by Libra Film, which won the Best Short Film award in Leeds and Anonimul, the Best Romanian Short award NexT 2009 and the Best Short of the Year trophy at the Gopo Awards 2010. His latest short, In the Fishbowl, is the recipient of the 3rd prize award of Cannes' Cinefondation section.

The Japanese Dog is a Libra Film production with the support of the Romanian CNC, HBO Romania and the MEDIA programme of the EU. The original screenplay of the film, written by Ioan Antoci, received the Krzysztof Kieslowski award at ScriptEast 2009. In addition, the screenplay was the winner of the HBO Romania/TIFF national screenplay contest.  The film is produced by Tudor Giurgiu, while Bogdan Crăciun acted as executive producer. DoP: Andrei Butică; Editing: Dragoş Apetri. The international rights for The Japanese Dog have already been acquired by M-Appeal. The Romanian premiere is set for October 18.