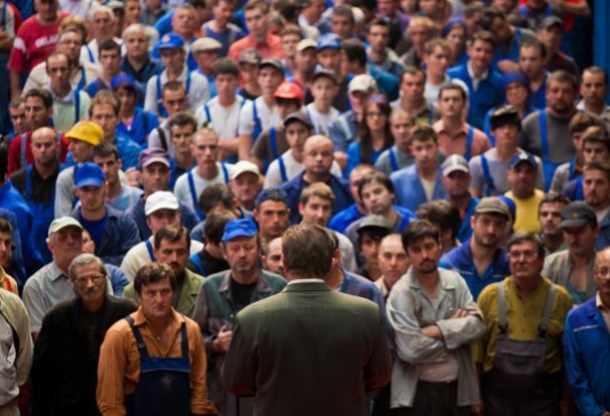 With 63.623 entries to date, Of Snails and Men played extremely well in over 50 cities. Most screenings were sold out, additional shows being added to the schedule. Tudor Giurgiu and the film crew – among others, the actors Andi Vasluianu, Monica Bîrlădeanu, Dorel Vișan and Ovidiu Crișan – were present to many of those screenings, sharing with the audience various details about the shooting of the film and about its characters.

Of Snails and Men premiered domestically on September 14th, in 19 cities simultaneously, while the previews and the first weekend shows translated into an impressive grand total of 13.929 entries. The distributors tried to take the film to those areas which no longer have cinema venues and, thanks to a mobile team, screenings were organized in various theaters and culture houses. Recently, Of Snails and Men played in Buzău, twice, in the presence of the director and of its protagonist, Andi Vasluianu.

The films was also successful internationally: the feature was awarded The Jury Prize of the 28th edition of Warsaw Film Festival, one of the most important competitive festivals in the world, and the "Meeting Point" section trophy (ex-aequo with the Belgian film Offline, by Peter Monsaert) of the 57th edition of Valladolid International Film Festival.

Next, Of Snails and Men will play in festivals such as Trieste (January 17-23) and Goteborg (January 25 – February 4).

Between June 20th and July 1st of 2013, the film will compete for the much coveted trophy of the oldest film festival in the world and one of the main attractions of the international film industry, the Edinburgh International Film Festival.

Of Snails and Men is a Romanian-French joint venture produced by Libra Film (Romania) and Agat Films (France).

The film will premiere in France in spring 2013.

The film is available on DVD and can be purchased in bookshop chains such as Cărturești, Humanitas, Librarium or at Casa TIFF, in Cluj (6 Universității street).

In Romania, the film is distributed by Transilvania Film in collaboration with Ro Image.

For additional info about the film, please go to www.despreoamenisimelci.ro,