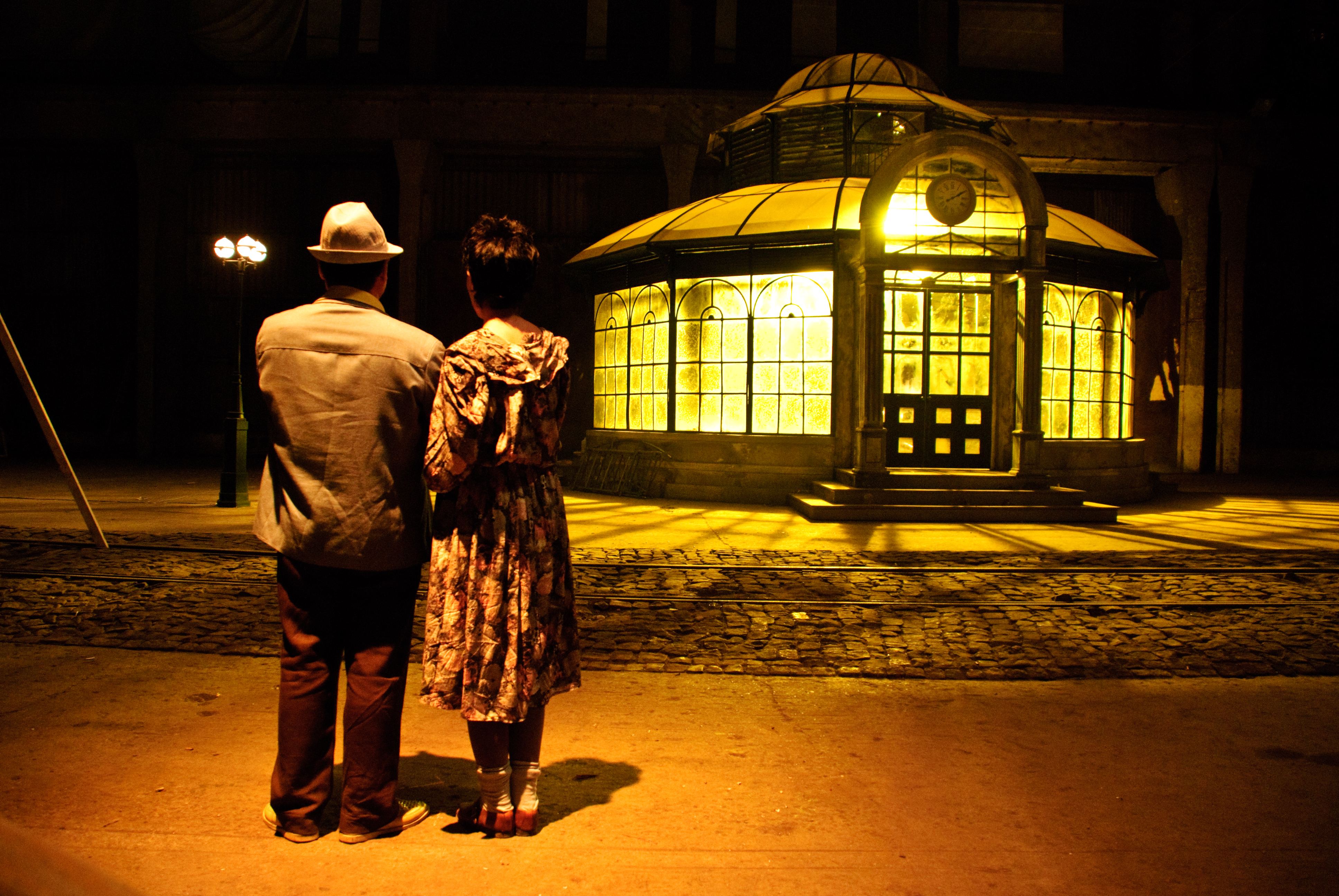 Somewhere in Palilula, the first feature directed by Silviu Purcarete, had it’s European premiere at Karlovy Vary International Film Festival on the 1st of July 2012, in the East is West Competition.

The screenings were held in the presence of the director, Silviu Purcarete, the producers Tudor Giurgiu and Oana Giurgiu, the actors Aron Dimeny, George Mihaita, the composer Vasile Sirli, and the production designer Dragos Buhagiar. The Romanian delegation travel to the Karlovy Vary International Film Festival was supported by the Romanian Cultural Institute.

The feature represents the debut of the renowned theatre director in film, being a grandiose project which brings together important names from the Romanian theatre and film scene. Along side Aron Dimeny (Serafim), George Mihaita (Ilie Tudorin), the cast includes renowned Romanian actors such as Constantin Chiriac, Razvan Vasilescu, Sorin Lenoveanu, Ofelia Popii, Horatiu Malaele and many more.

Somewhere in Palilula tells the story of Serafim, a young doctor assigned on short-term at the hospital in Palilula, a little town lost somewhere on the map of the country, following the death of the previous pediatrician, old man Pantelică. Serafim gradually adapts to the life in this world and ends up belonging to it, even without wanting. More information about the film on the official website www.undevalapalilula.ro/l/en

Silviu Purcarete is one of the most appreciated theater directors in Romania and Europe. He has an experience of over 30 years and he made memorable performances especially at the National Theatre of Craiova and, recently, at the one in Sibiu. He is a member with a personal title of the European Theatres Union, owner of Golden Globe Peter Brook Prize for Best Theatre Director in 1995 and the Hamada Fundation Award for Artistic Excellence (Edinburgh International Festival 1991). In 2009, the play "Faust" was one of the points of maximum attraction of the Edinburgh Festival, the largest event of its kind in the world.

Somewhere in Palilula is produced by Libra Film, with the support of the Romanian Film Centre and the MEDIA Programme of the European Union. The script has received international acclaim, winning the 2005 "Balkan Fund" Award at the Thessaloniki Film Festival.

The film is distributed in Romania by Transilvania Film.