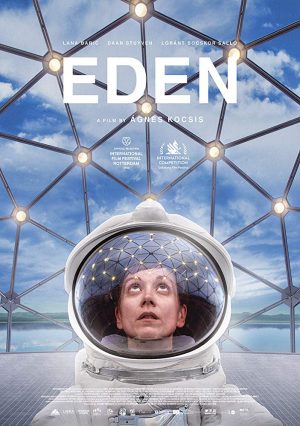 Eva is a woman over forty who suffers from a disease called SCM (Multiple Chemical Sensitivity). She is allergic to all chemicals, radio waves and electromagnetic fields. This makes her unable to work and to live a normal life. Her brother is convinced that a transmitter that a mobile phone company installed on a roof opposite her window is worsening her condition. He files a lawsuit, Eva’s only chance to have an income

Director Ágnes Kocsis was born in Budapest, in 1971. She received her diploma from Eötvös Loránd University, Faculty of Arts, Budapest. She majored in Polish language and literature, Aesthetics, and Film-theory. In 2005 she graduated as a film director from the Hungarian Academy of Theatre and Film Art Budapest. In 2003 she attended two semesters at the Italian National Film School in Rome (aka Centro Sperimentale di Cinematografia) with a scholarship studying directing and scriptwriting.

Her short film The Virus won the third prize of the Cinéfondation at the 59th Cannes Film Festival, and Fresh Air, her first feature film, was presented at the International Critics’ Week section of the same edition of the Cannes festival. Adrienn Pál, her second feature film, premiered at Cannes Film Festival’s Un Certain Regard and was awarded by the FIPRESCI Jury in May 2010.