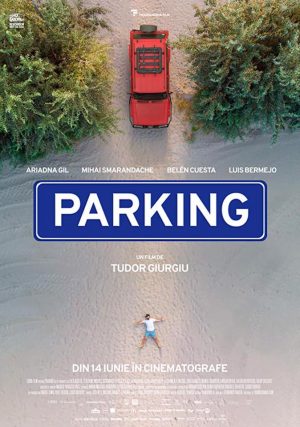 Adrian is a poor Romanian writer trying to make it in Spain, while grappling with the prejudices that are inflicted both upon and by him. An unabashed romantic with a temper to boot, he divides his time evenly between typing out his woes and attempting to woo the dreamy-but-doomed Maria, a Spanish musician.

Parking is based on the Romanian bestseller Apropierea by Marin Mălaicu Hondrari, a story involving a Romanian poet who’s life changes forever when he falls in love with a Spanish woman. It is Tudor Giurgiu’s fourth feature film. Filming took take place in three Spanish cities: Cordoba, Seville and Candas, as well as in the Romanian town of Sângeorz-Băi.

The film opened the 18th edition of Transilvania International Film Festival and has been released in Romanian cinemas in June 2019.

It is sold internationally by Film Republic.