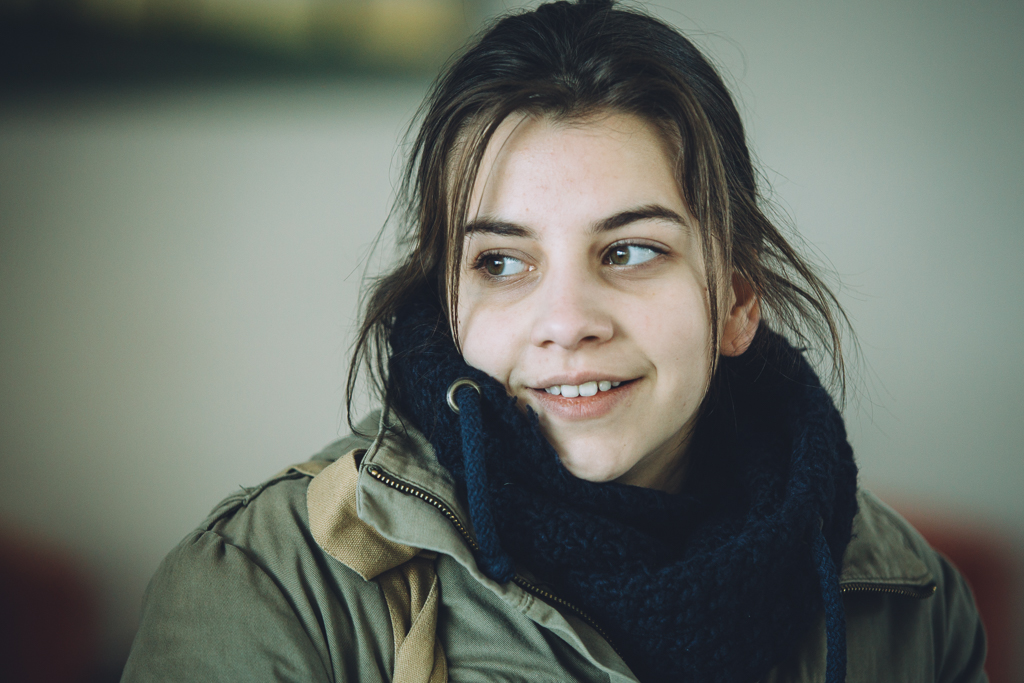 The young actress is at her first role in a film. She was discovered after a long casting among high school theater groups in Bucharest. Voica was 15 years old when she made the shortlist and she was studying at Dinu Lipatti Music High School in Bucharest.

“She was on her first film experience, but she was extremely open and enthusiastic, and that was a big deal”, says director Iulia Rugină.

Breaking News is a psychological journey of redemption that turns into a coming-of-age experience for a 35-year -old famous news reporter (played by Andi Vasluianu) who, in a crucial moment of his life, discovers that things have somehow taken a wrong turn.

After the tragic death of his cameraman, which he indirectly caused, reporter Alex Mazilu has to make an in-memoriam reportage covering his life. Three days before Christmas, in a small town on the Black Sea coast, Alex puts together puzzle pieces of this man’s life, all seen through the eyes of his troubled 15-year-old daughter. Trying to redeem the dead father, he slowly starts taking his place.


The film is produced by Hai-Hui Entertainment and Libra Film Productions, with the support of the Romanian CNC.