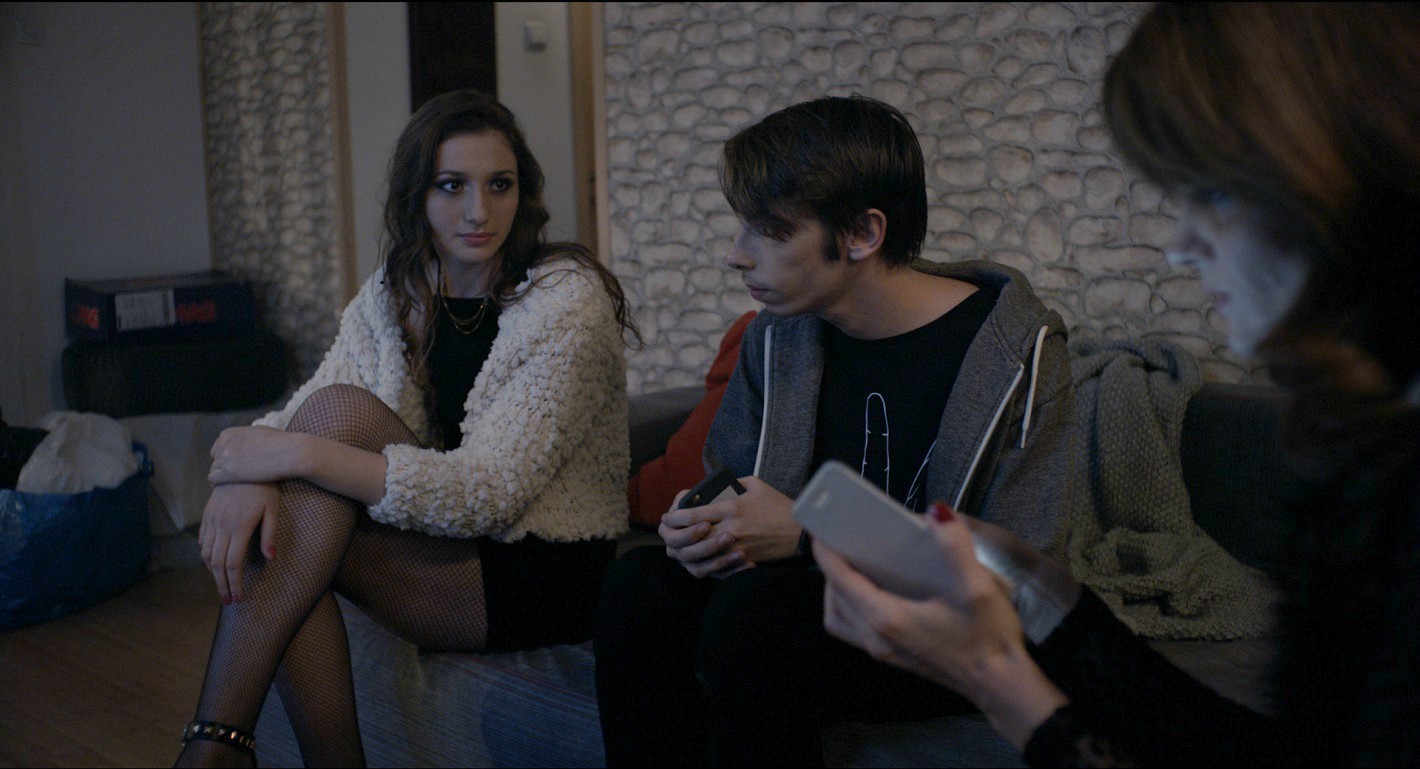 First Night, written and directed by Andrei Tanase, qualifies for an Academy Award nomination for Best Live Action Short Film, 2018 edition, after winning the international competition at Festival International de Cine de la Huesca. The Danzante Prize, worth € 5,000, was awarded to the film for "an honest, complex and powerful story, with a well-structured script and excellent performances. The short film is about the complex relationship between a son who is suffering the lack of self-stem characteristic of teenagers and a father that needs to help his son to become a man and pays for his first sexual experience," according to the jury.
Alex's birthday is approaching, and his father Calin has prepared a very special surprise: the first night with a girl. The cast includes young actors Alfredo Minea and Cristiana Luca, along with reknown actors Mimi Brănescu and Elvira Deatcu.
In 2012, another Libra Film production, Superman, Spiderman, or Batman (by Tudor Giurgiu), qualified for an Oscar nomination after winning the Best Short Film Award at Aspen Shortfest.
First Night already has important selections and prizes in the portfolio: the short film competed in the Orizzonti section of the Venice Festival, 2016, won the grand prize of the National Competition at Filmfest Dresden, and was included in the Romanian Days competition at Transilvania IFF 2017.