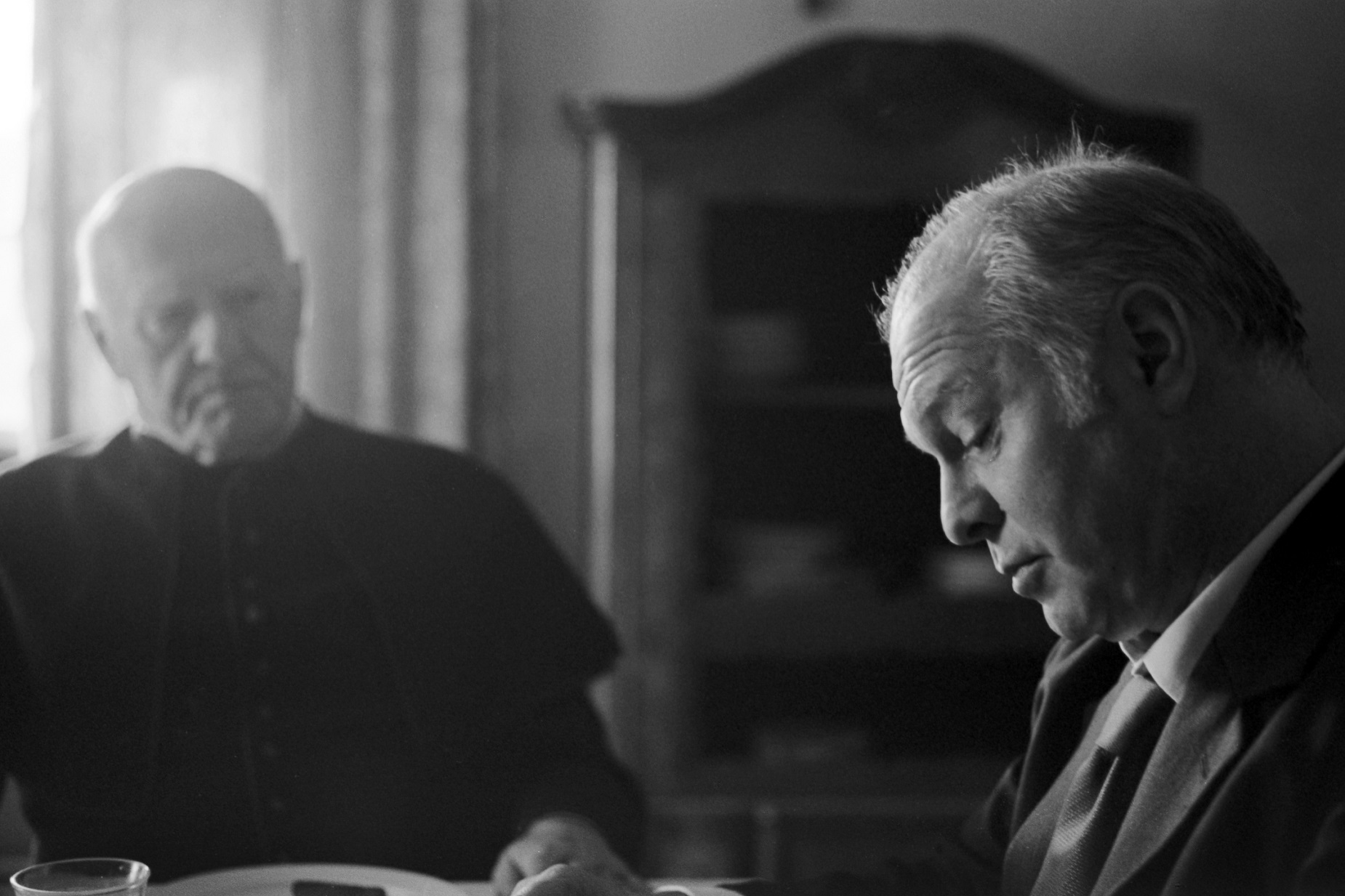 UPDATE October 8, 2020: Due to the increase of COVID-19 cases, the cinema theatres in Bucharest have been closed for an indefinite period. The premiere of the film had to be postponed for a later date. Keep you posted.

The feature film is co-produced in Romania by Oana Giurgiu and Tudor Giurgiu and had its world premiere in the Encounters competition, at the Berlinale Film Festival.

The year is 1980. Michal and Juraj are students at a theological seminary in totalitarian Czechoslovakia. Fearing the dissolution of their school, the tutors are moulding the seminarians into a shape satisfactory to the ruling Communist Party. Each of the young students must decide if he will give into the temptation and choose the easier way of collaborating with the regime, or if he will subject himself to draconian surveillance by the secret police.

“An uncompromising piece of arthouse cinema with thriller elements in this story of the Catholic Church in communist Czechoslovakia”, writes Cineuropa.org.

Ivan Ostrochovský, Born 1972 in Žilina, Slovak Republic. Graduated in documentary filmmaking at the Academy of Performing Arts in Bratislava and the Academy of Arts in Banská Bystrica. He directed a few short films and several short and feature-length documentaries, including the award-winning documentary “Zamatovi Teroristi / Velvet Terrorists”, which was shown in the goEast section Beyond Belonging in 2014. He is a co-owner and producer at Sentimentalfilm and Punkchart Films. “Goat / Koza” is his first full-length fiction film as a director.