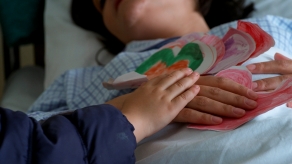 The prize consists in film from Kodak for the director’s next project and time-management software from Xpert-Design.

35 films from 25 countries have been selected in the official Competition of Munich festival. These short films were grouped in themed categories named after five flavours. Superman, Spiderman or Batman was presented in the “Sweet” category.

The script was written by Doru Lupeanu, also known for his script for the short Faţa galbenă care râde (The Yellow Smiley Face), and directed by Constantin Popescu.

In October 2011, Superman, Spiderman or Batman won the prize for Best European Short at the 56th edition of Valladolid International Film Festival. The prize consists of 2,000 euro and in the inclusion of the film on the list of the 15 shorts that will compete at the European Film Awards 2012. Thus, Superman, Spiderman or Batman is the first Romanian film competing for the European Oscar, which will be awarded on the 1st of December 2012, in Malta.