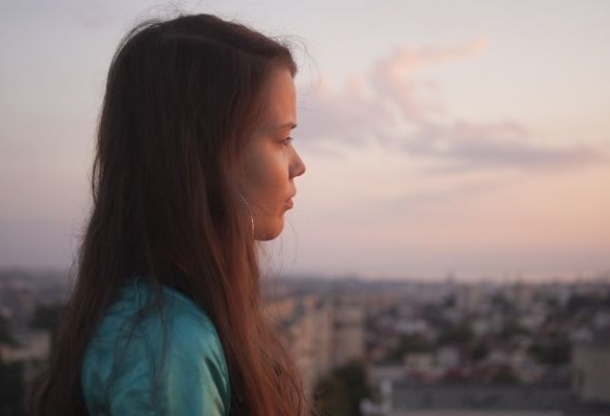 An independent production by Libra Film and Radu Stancu's deFilm, The World Is Mine follows the story of 16-year-old Larisa who lives in a small coastal town in a social environment where image and money afford power over others. With courage and a dogged determination that commands and intimidates, Larisa attempts to attain just such a “dream”. “Talented Romanian first-timer Nicolae Constantin Tănase captures the most intense period of a person’s life with skill and disarming authenticity”, according to Variety.com.

The script was written by Raluca Mănescu and the film was shot in 2013 with a budget sourced exclusively from private parties. Except Iulia Ciochină, who previosly played in several short films, the main actors Ana Maria Guran, Oana Rusu, Ana Vătămanu and Florin Hrițcu are all non-professional.

Tănase previously directed awarded short films. Blu, the first short film Tănase made after studies at the National University of Theatre and Film I.L. Caragiale, won honors at the Transilvania IFF and Cortex IFF and received two nominations at the national Gopo awards. Tănase was also named best newcomer at Gopo. The World Is Mine/Lumea e a mea will be distributed in Romania by Transilvania Film in November 2015.